When There’s No Harm in Smoking…

For smokers looking to save their own lives, their skins, and let’s be honest, their wallets, electronic cigarettes have been a godsend. It is said that once you become an addict, you are always an addict, even after you have ostensibly “quit” what you are addicted to; every day is then another battle against relapsing into old, bad habits. Yet what is largely bad for you about cigarettes isn’t the addictive substance itself, but rather the byproduct or your drug of choice: the many toxic chemicals produced by smoking tobacco.

Here’s just some of the 4000 chemicals you take into your body when you smoke a cigarette: Benzene, formaldehyde, pesticides, TSNAs, vinyl chloride, arsenic, cadmium, lead and polonium (radioactive materials), ammonia, carbon monoxide, and hydrogen cyanide. Of course, the key component in all of this is nicotine – the addictive substance in tobacco that keeps you coming back to cigarettes again and again. 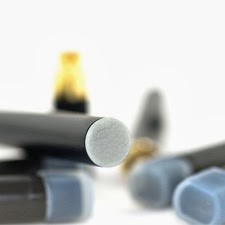 Or did, anyway, until the advent of electronic cigarettes, or e-cigarettes, as they’re known. E-cigarettes work by storing nicotine in a cartridge, loading it into the e-cigarette, and then having the nicotine vaporized for inhalation. The only dangerous chemical you then inhale is nicotine – which, admittedly, can be used as a pesticide in high concentrations. In this watered down form, however, you simply receive your addictive hit of nicotine, free of the carcinogens, poisons, and other materials that can cause cancer and other illnesses in smokers.

Of course, the cartridges don’t only contain nicotine; a capsule of pure nicotine is actually a little on the dangerous side! Instead, the nicotine is dissolved in propylene glycol, or perhaps vegetable glycerin, both of which are common food additives with no serious side effects. While nicotine concentrations vary (think of it like the difference between smoking filtered and filterless cigarettes), you can also choose to have particular flavors and smells for your e-cig. Various fruity flavors are available, as are less typical flavors like pina colada and birthday cake!

The Machine Behind the Miracle

An e-cigarette itself is a rather simple device, though as users get deeper and deeper into the culture of it, they tend to get more and more elaborate e-cigarettes. Your basic model, however, is made up of a mouthpiece, atomizer, battery, and a few other electronic components. The mouthpiece is also called the cartridge, and it is typically fixed onto the end of a tube with an absorbent material that is drenched in liquid solution containing nicotine.

The atomizer is the heating element which heats up your liquid, vaporizing it so that it can be safely inhaled by you, the user. These need to be replaced on a fairly regular basis, unlike the battery, which is typically a lithium-ion rechargeable battery. Though of course, like any battery, it needs to eventually be replaced depending on how often you use it, what type it is, its size, and the environment in which you use it.

Some e-cigarettes have a button on them which, when pressed, activates the vaporizing process; newer models, however will sense when you are “sucking” on the end and vaporize automatically, simulating the smoking experience.

The Act of Smoking

Ultimately, a big key to the success of the e-cigarette in helping smokers move away from smoking actual, poisonous tobacco is in how easily it simulates the act of smoking. It isn’t just the nicotine itself that smokers become addicted to, after all; otherwise, nicotine patches and gum would work like a charm! You also become addicted to the smoke breaks, to the gestures of smoking – it’s nice to have something to do with your hands – and to the oral element of it. (You wouldn’t say you have an oral fixation, but…)

E-cigarettes are designed to look and feel exactly like an actual cigarette – at least, insofar as they can look and feel like that while still housing electronics! This allows you to satisfy all of the rituals associated in your mind with smoking, rituals that you have become addicted to just as much, if not more, as you have the nicotine itself.

With time, some e-cigarette users ratchet down their intake of nicotine, to the point where they eventually have no nicotine in their e-cigarette at all. After that, it’s just the act of smoking they enjoy, and there’s no harm in that!
Posted by Card Luv at 9:54 AM